From Trequanda the route continues towards Monticchiello along a challenging itinerary, but with breathtaking landscapes. If you are lucky enough to leave Trequanda in the late afternoon, you can admire “the most beautiful sunset in the world” - as the people of Trequanda say - from Porta a Sole. When the sun disappears below the horizon, the view of the Crete Senesi and Siena is truly not to be missed. After a while, just outside the village, the route runs the SP38 Traversa dei Monti road, where it is possible to admire the stables and pastures of the “White Giant” in the shade of a centuries-old wood, with the wonderful view of the Valdichiana stretching up to Trasimeno Lake. We are on the ridge that separates the Valdichiana from the Valdorcia where the environment switches between rolling hills and cultivated plains. After about 3 km, the route reaches the area known as “Madonnino dei Monti” and then heads towards the medieval village of Petroio, which winds up the hill through a network of stairs and a steep narrow road. Here, at the foot of the Civic Tower, is the Terracotta Museum, evidence of the historical but still flourishing craftsmanship passed on by ancient master potters.

Leaving Petroio, after a few kilometers along a road dotted by olive groves, the route reaches Castelmuzio, an almost intact medieval village where you can still find the ancient gateway to the ancient fortified castle. Castelmuzio has been part of the Network “Borgo Salotto d’Italia” since 2017 thanks to the care of the residents and entrepreneurs in urban decor. Additionally, the local farmland provides one of the most appreciated olive oils in the world. Just before entering the village, the Romanesque church “Pieve di Santo Stefano in Cennano” is worth a visit, surrounded by centuries-old olive groves that have always watched over this timeless landscape.

From Castelmuzio the route continues along the panoramic SP71. After about 3 km, a stop at the Monastery of Sant 'Anna in Camprena is a must. Today it is a hotel, but you can still visit the Church and the ancient refectory frescoed by the famous artist known as Sodoma. Visitors will definitely appreciate a refreshing breather being enveloped by the quiet atmosphere of this place before leaving for Monticchiello.

We have just entered the town of Pienza: this ideal Renaissance town, birthplace of Pope Pius II and a Unesco heritage site, is the beacon for many views of the route. After a few km from Sant'Anna in Camprena, just before reaching Pienza, the route leaves the SP71 to take a dirt road. This is a privileged spot to admire the gentle hills that change color according to season along the side of the border with the Valdorcia. We arrive at Palazzo Massaini, a 16th-century architectural complex belonging to the Massaini family. Today a farmhouse,it is surmounted by a square tower and surrounded by an important Italian garden. After the short crossing of the SP146, the route continues along what is perhaps the most evocative and famous white road of the Valdorcia: the Cypress Road - 6 kilometers where we are sure you will stop many times to take in the astounding panoramic scenery. Immortalized by photographers from all over the world, a natural set for short films and advertisements, this road traces an indelible mark in the essence of the countryside of Siena, where the tips of the cypresses frame the rolling hills, while Pienza and Mount Amiata in the background act as a compass to the traveler. This leads to Monticchiello, an ancient medieval village which preserves most of its ancient walls and entrance gate, another spot where you can enjoy a wonderful view. Monticchiello is known for its “Teatro Povero”, a theatre festival that takes place every summer in which the inhabitants become authors and actors of a real widespread theater. 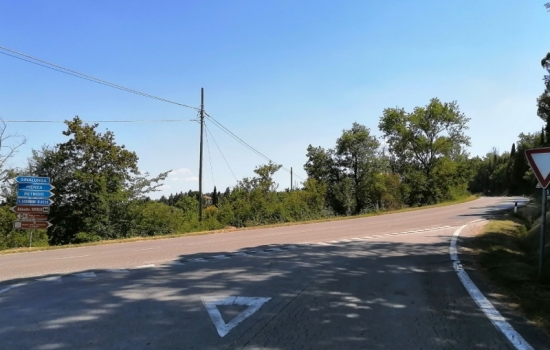 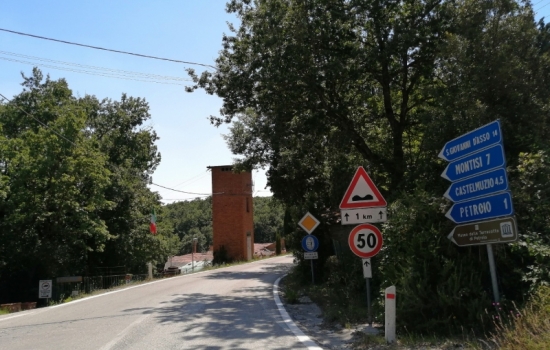 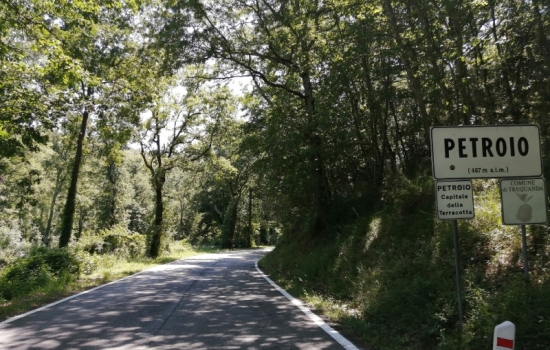 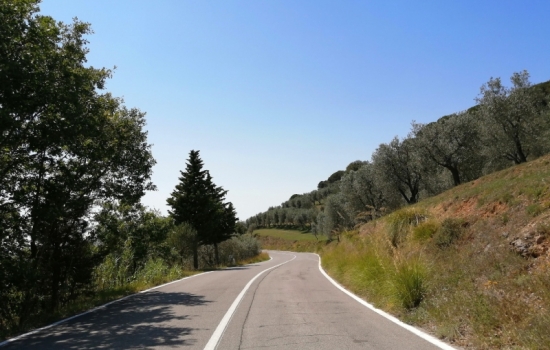 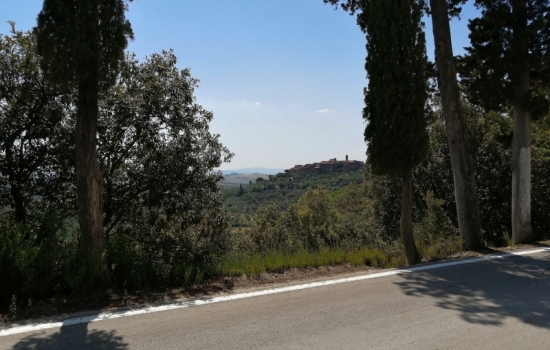 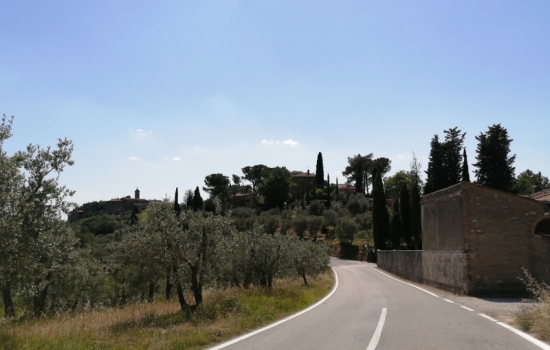 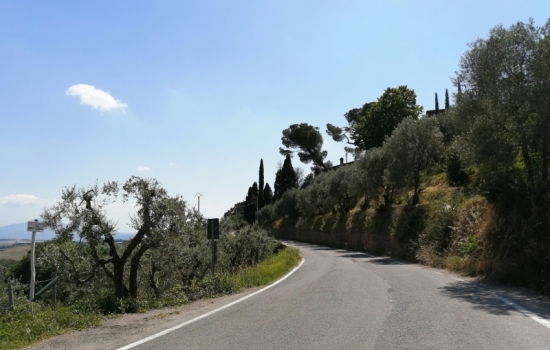 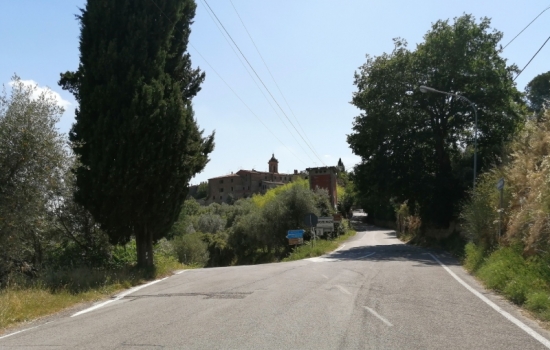 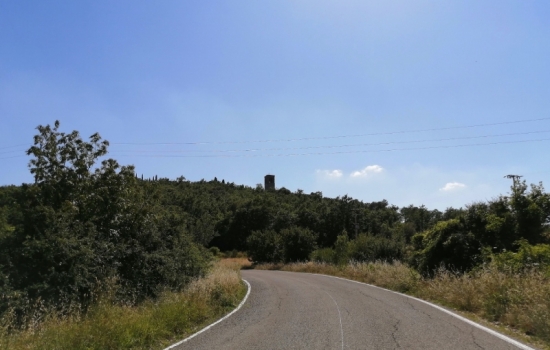 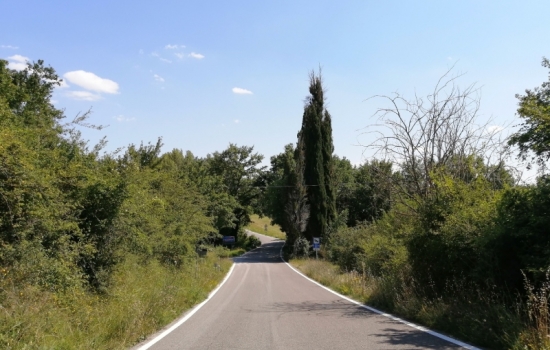 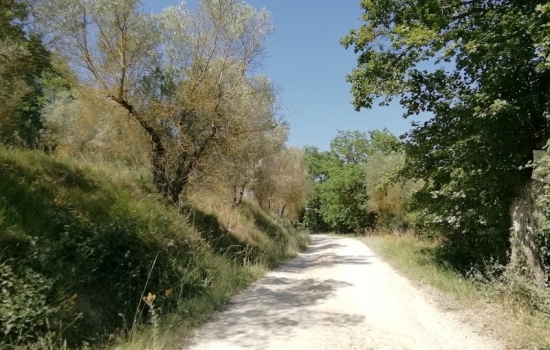 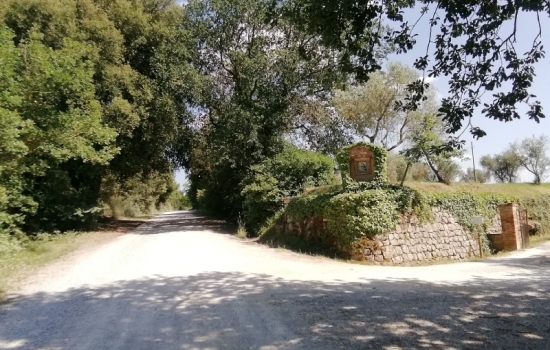 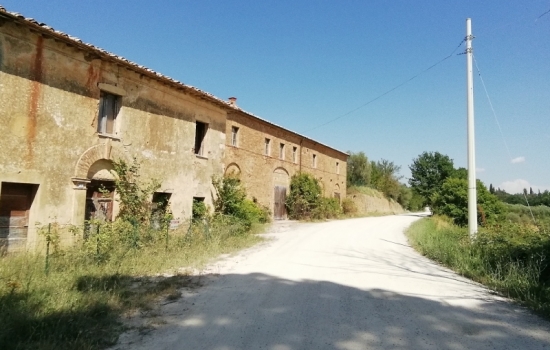 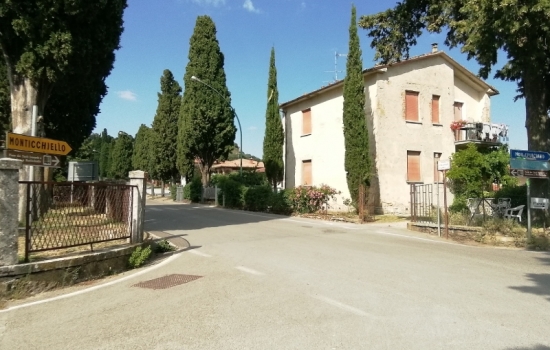