The next leg of the route takes you from La Foce to San Casciano dei Bagni, a challenging section of about 35 km, whose first stretch of unpaved road runs along the border separating Valdorcia (east) and the dense woods of the Pietraporciana Nature Reserve (west). Before the road turns east making its way back to the hills of Valdorcia, it is possible to take a detour to visit Castiglioncello del Trinoro (part of the municipality of Sarteano) which is traditionally referred to as Castrum Trinum Latronum (Castle of the three thieves), ready to extort money to pilgrims and wayfarers passing along the Via Francigena.

A little further along the route, before entering the paved SP53, you meet another point of interest: Torre Tarugi, an ancient convent that over the centuries has been a watchtower, later a farm and today an accommodation facility. Continuing along the provincial road, we finally reach Celle sul Rigo, a 13th century village. A remarkable feature of its square is the hexagonal well in travertine marble. From here you can also enjoy a magnificent view. Leaving Celle sul Rigo you get to San Casciano dei Bagni, one of the villages that was awarded the Touring Club’s Bandiera Arancione (Orange Flag) for excellency in tourism, hospitality and the environment. Probably of Etruscan origin, it has been frequented throughout history especially for its thermal springs,  whose water reaches around 40 °C temperatures and which today are still the driving force for the economic development of the entire municipality. 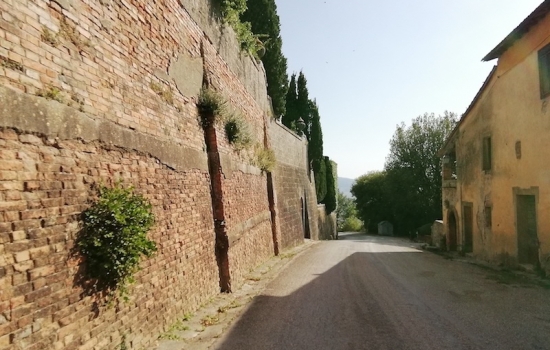 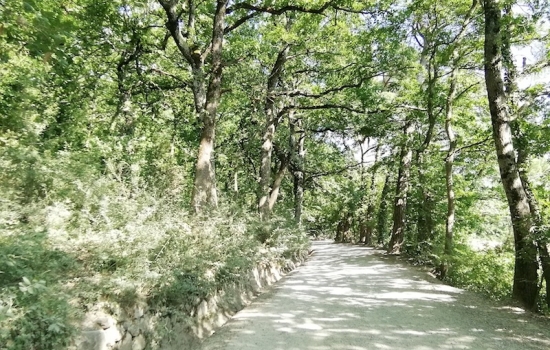 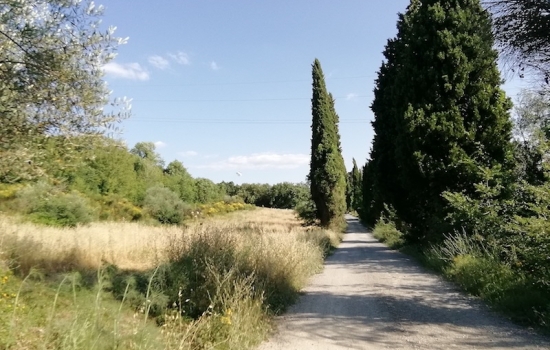 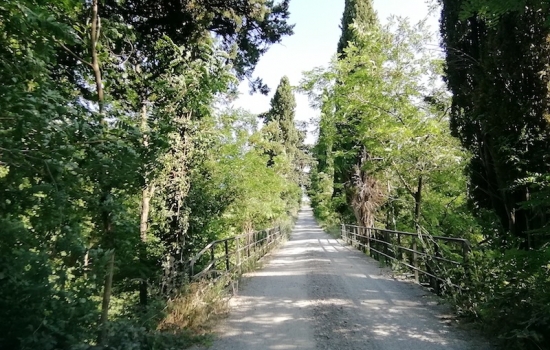 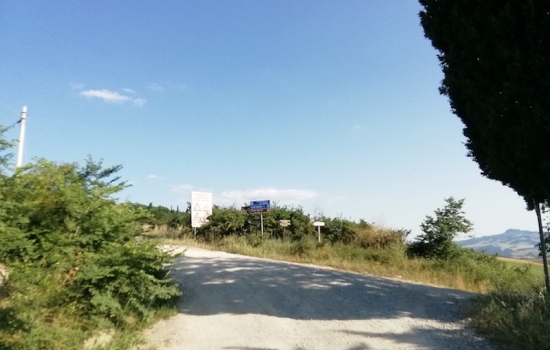 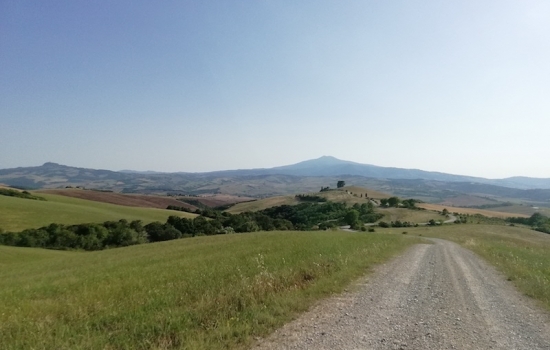 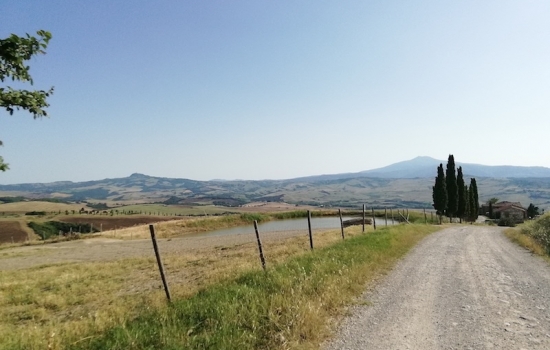 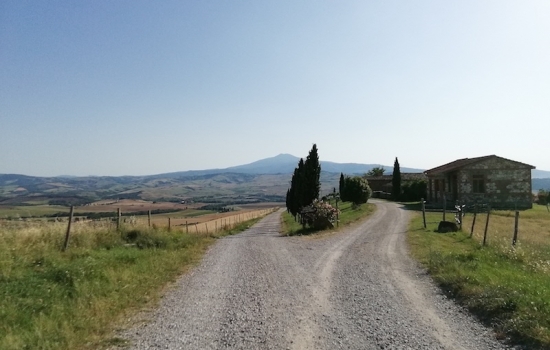 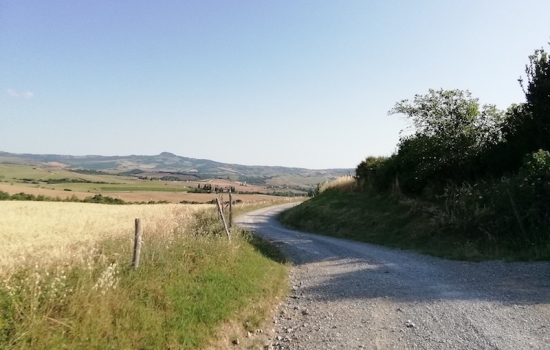 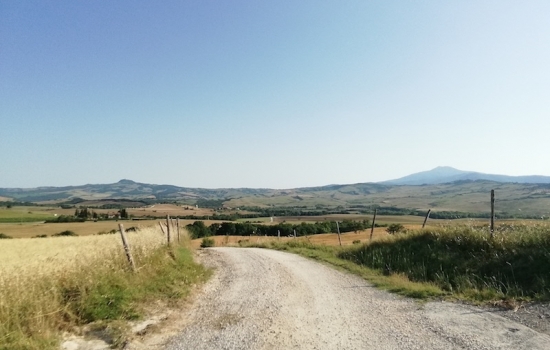 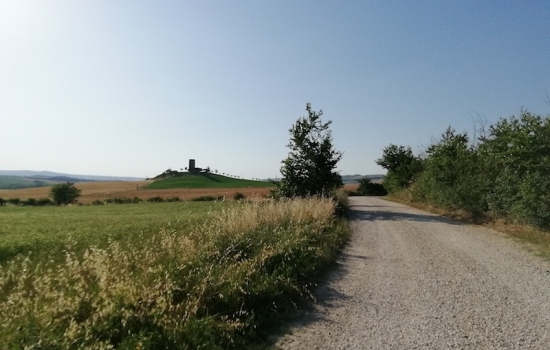 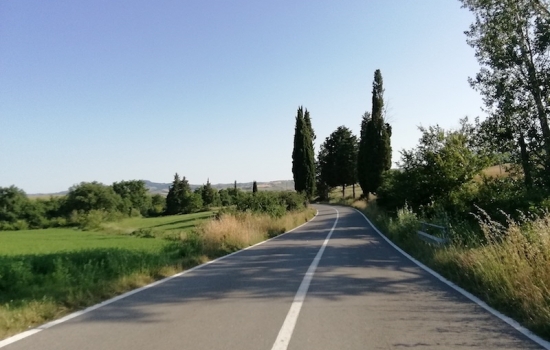 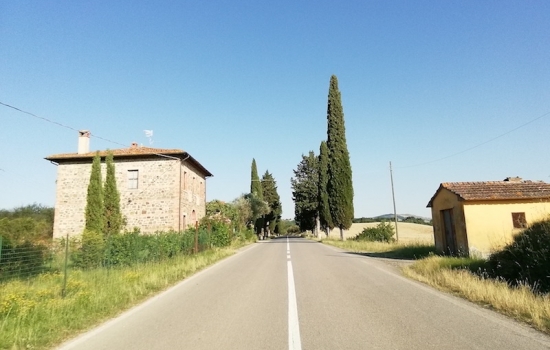 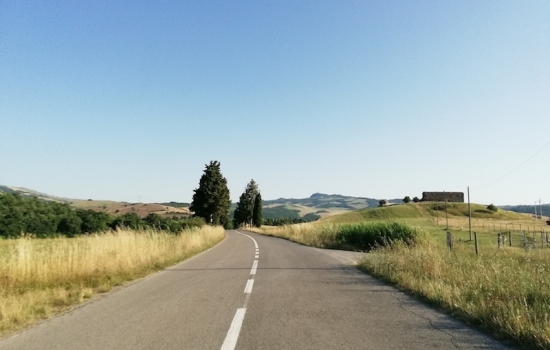 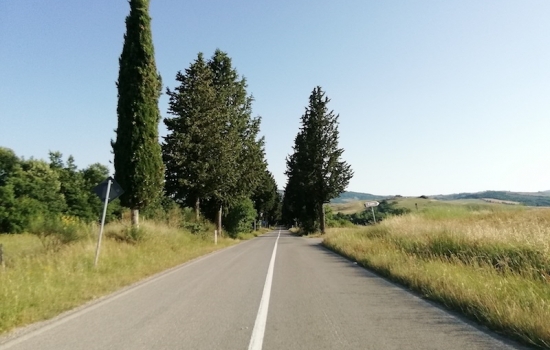 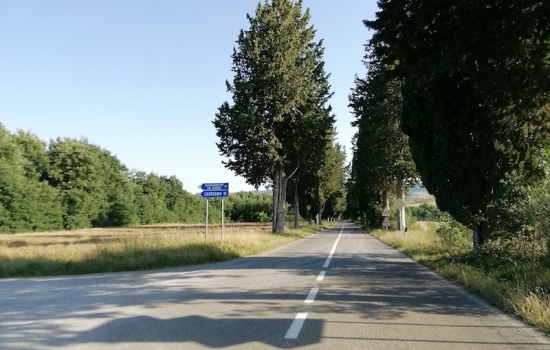 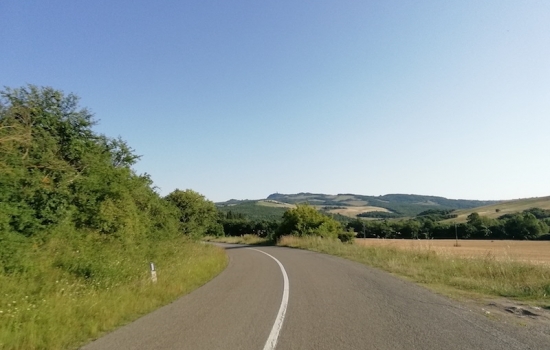 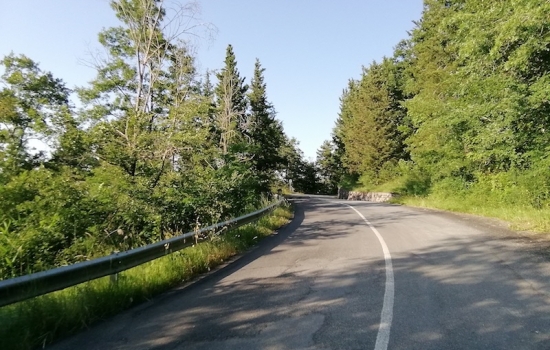 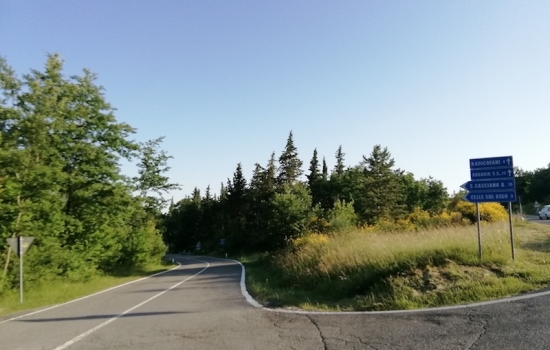 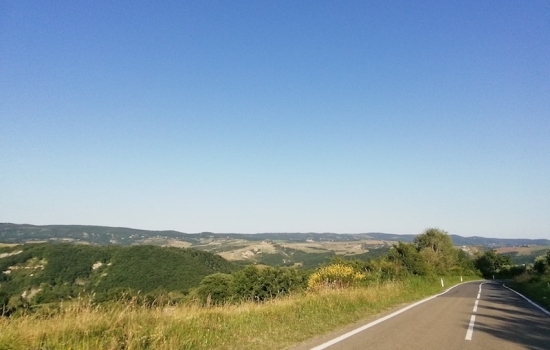