The "Cammino della Traslazione" is a 28 km walk-excursion from the historic district of Asciano to S. Maria delle Vertighe to rediscover an ancient pilgrimage and many historical, landscape, artistic, human and spiritual values.

The legend handed down over the centuries dates back to around the year 1100: tradition tells of two brothers who had inherited a chapel with the image of the Virgin. A violent dispute ensued between them over the appropriation of this chapel, which could have ended in blood. However, in the night between 6 and 7 July, the chapel with the sacred image was prodigiously transported by the angels from Asciano to the Vertighe hill, where the present Sanctuary was then built around it. Various authors cite this episode; starting with Agostino Fortunio (1580) within the "Camaldolese Stories" and the "translation" is represented in some works of art inside the Sanctuary, at the center of an ever constant devotion.

The pilgrimage starts from Asciano and stops at the historic district of Serre di Rapolano, crossing the Crete Senesi with the Via Lauretana, then arrives at the Modanella Castle and the Mill of Calcione in Lucignano passing through the Sienese-Arezzo hills. The walk continues along the ancient paths in the woods of Monte San Savino hills and reaches its historic district.
The final stretch, along the Esse plain, will bring the participants to the event that takes place every July to the Sanctuary of the Vertighe to attend the solemn Mass at 6 pm. This will be followed by an historical re-enactment with the flag-throwers and Chianina oxen that will pull an ancient chariot carrying the statue of the Madonna. 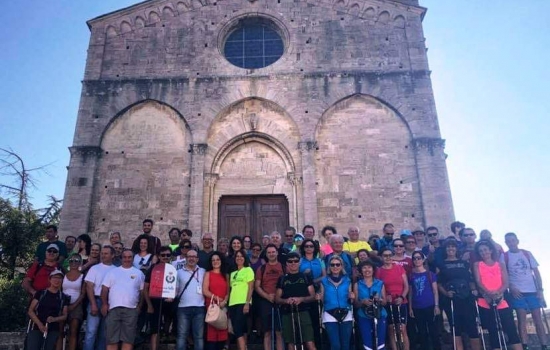 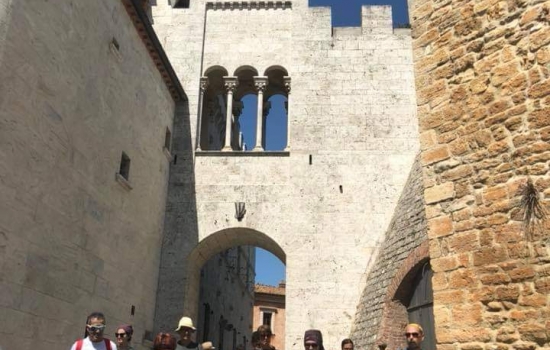 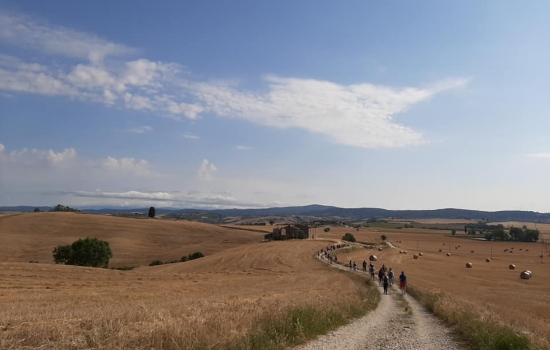 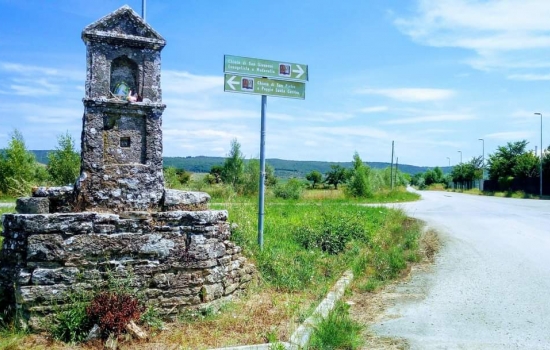 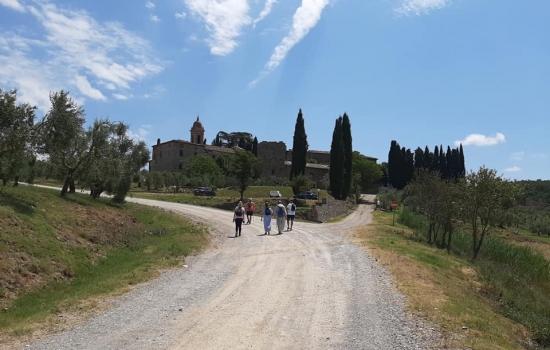 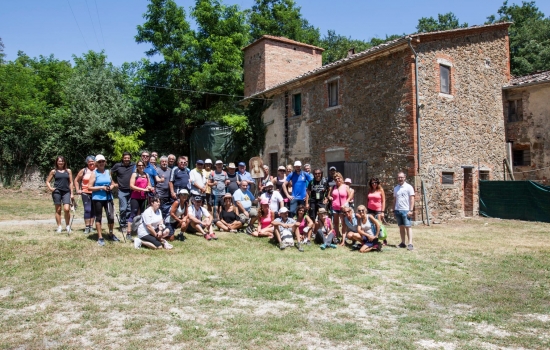 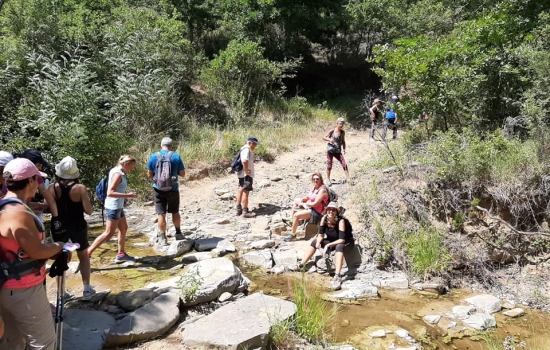 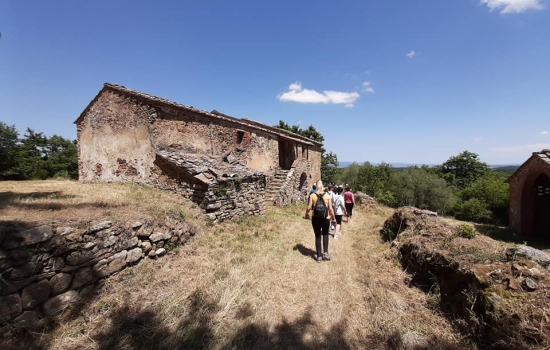 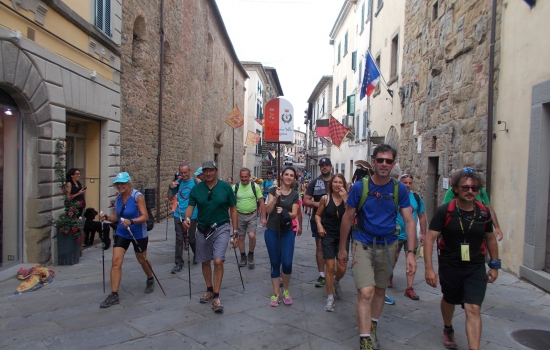 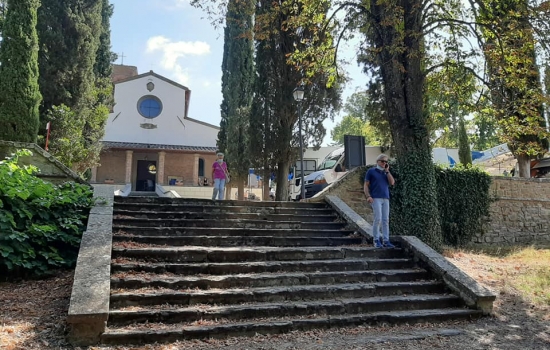 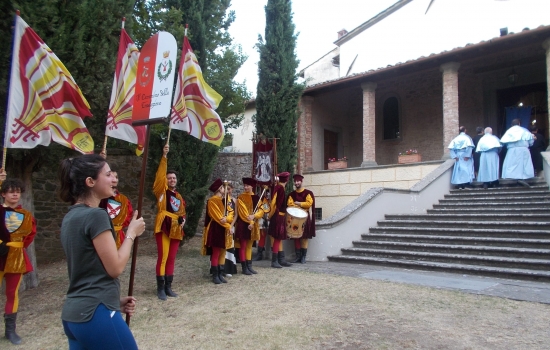 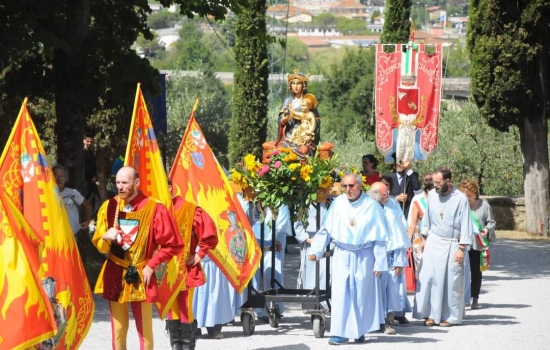